My first book, Tex, the Witch Boy, is now available as a trade paperback! Now why is this exciting news, you ask? Why should you be thrilled that my rollicking YA mystery, paranormal, comedy, romance, thriller, kitchen-sink catch-all has made the transition onto paper? Glad you asked!

1) If you'd like to play along at home, it's much cooler to practice Tex's witchcraft spells while holding an actual book as opposed to an E-Reader. Just something old-school witchiness about it.

2) The cover's had an over-haul! Say goodbye to "Tex, the Twenty-Something, Kinda' Creepy Male Model Who Still Hangs Around High Schools." No offense to my marvelous cover artist, Charlie Volnek (who actually also did the great new cover), but this really isn't Tex, not the Tex I'd always envisioned. Anyone who's read the book can attest to that.

Say hello to the new boss!

This new cover captures the content of the tale much better:  Mysterious, dangerous, forboding, BOOYAH! Charlie knocked it out of the park. 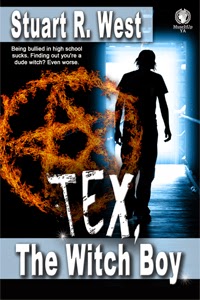 That's what I'm talkin' about!

3) Finally, it recently came to my attention that YA readers (teenagers, early 20's) don't read e-books! GASP! Shocker, I know. Usually, every teen I know has their nose buried in some electronic gadget 24-7. You practically have to set yourself on fire to grab their attention and then it's only for a fleeting moment. (Just pray they're interested enough to call the Fire Department).

But, this is especially important as the theme of the book is about anti-bullying, a powerful message that I'd like to see reach the proper audience. Now the book has a chance of getting into libraries and, ultimately, teens' hands.

So, if you know a teen who's being bullied, buy the book for them. If you want teens to know they're not alone, that they have options, let 'em read this book. The books doesn't preach or talk down, nothing but the sometimes harsh truth. I should know. All bullying incidents detailed within either happened to me or a friend of mine.


My pal and terrific author, Suzanne de Montigny is in the house and she’s bringing her unicorns with her. (Hope they’re potty-trained.) Her new novel, The Shadow of the Unicorn: The Deception (the second in her Shadow of the Unicorn series) launches March 17th. In celebration, I decided to hit Suzanne up with some intense grilling. You guys bring the corn-on-the-cob. 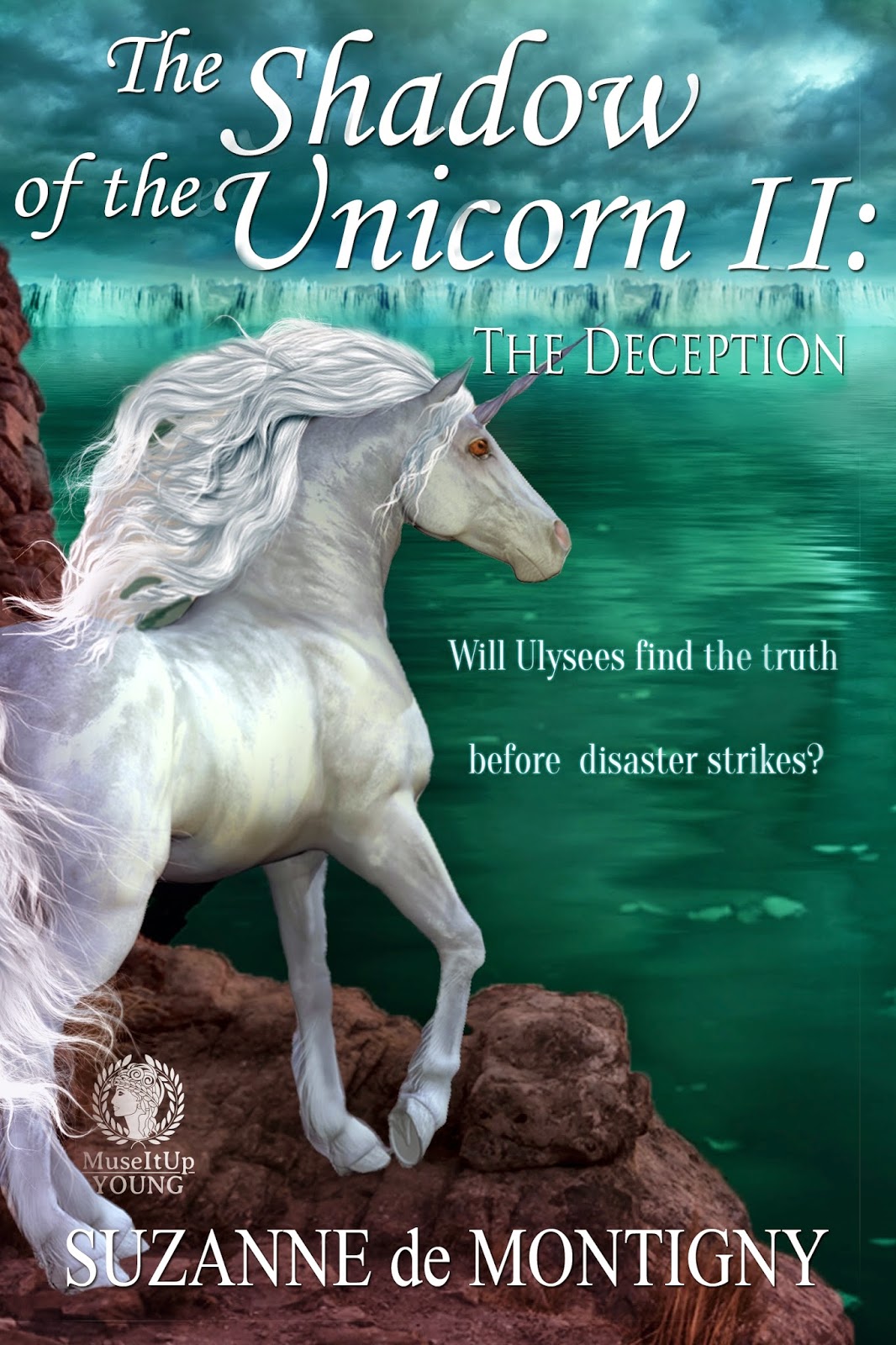 SRW: Suzanne, tell us a little bit about your newest entry in the series.

SRW: What I find remarkable about your series is the wonderful sense of humanity inherent in the tales. Yet the message is told through the eyes of a group of unicorns. Now, to me, you don’t seem much like a cynic, but the humans in your books, for the most part, are an awful lot. Explain and/or apologize.

The truth of the matter is that there are people like that in the world, driven by money with little regard for others and little regard for the environment. But in this story, the humans are just plain stupid. Drachen, my favourite, really gets it in the end, but in a really comical way. My boys really chuckled at what happens to him.

SRW: In the first book, the hero, Azaria, is a noble unicorn. How does the second book’s protagonist, Ulysees, differ? I enjoyed his youthful impetuousness. Alas, we’ve all been there.

Ulysees is rebellious and that’s what gets the unicorns rediscovered by the humans when he and his buddy, Téo, follow an old trail in defiance of Icarus, their very cruel leader.

Icarus is the epitome of psychopath in a horsey kind of way. Everything he does is for power. He scares the herd into submission with stories of a superior being named Jaresh who will take away their powers of healing and their abilities to shadow-walk, camouflage, and ride the wind.

SRW:  Okay, now, “the epitome of psychopath in a horsey kind of way?” Great sound-bite…or something. Moving on…Ach, Jaresh! Hate that guy. What was your inspiration (without giving away spoilers) for this unique character?

Westboro Baptist Church comes to mind, or any of those extremist Christian religions that quite honestly don’t bare a whole lot of resemblance to traditional Christians and who use scare tactics to get converts. Shame on them. They make me so mad.

I’m still having a hard time wrapping my head around a world where unicorns exist alongside dinosaurs. Probably a Bible fundamentalist’s worst nightmare. But it works! I believe you’re a regular church-goer. So…how do you explain your fictional setting to the non-evolutionists? (Sorry, sorry, putting you on the spot).

Haha! You have to think like a kid. Don’t forget my original unicorn story was written when I was in grade six and one of my favourite television shows was The Flintstones—humans  and dinosaurs existing together! I knew that wasn’t possible at that age, but hey, in fantasy, anything and everything is possible. As for the Bible and evolution? I’ve always considered Bible stories to be mere representations of what might have happened.

SRW: Good save, safe save, Suzanne. An underlying thread in your books is racism, intolerance. I really liked how you presented the antipathy between unicorns and horses. An extremely nice lesson for younger readers. Why, exactly, do unicorns dislike horses? Seems kinda’ like a horse of a same breed (or something like that). 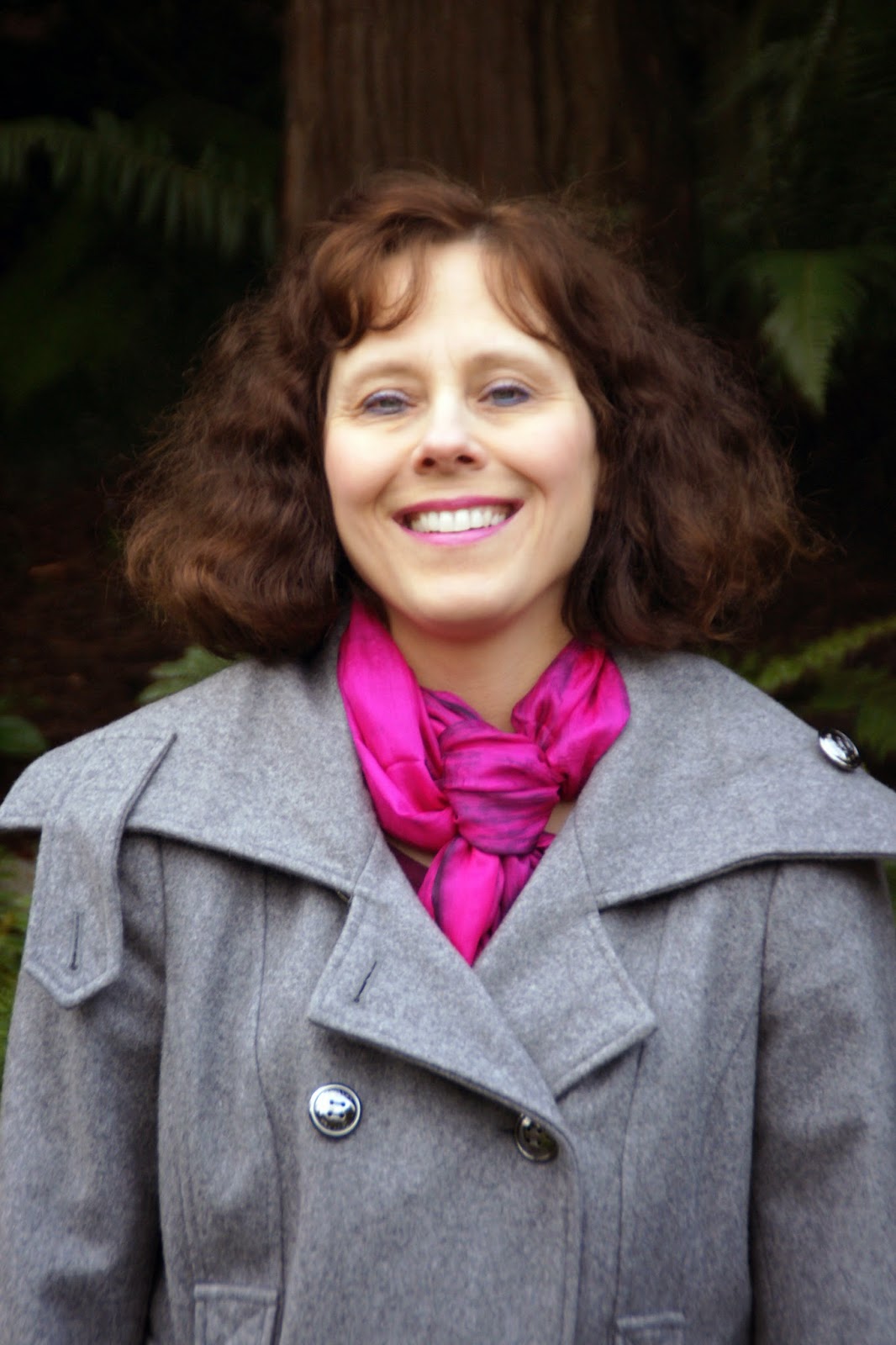 Haha. You make me laugh. Unicorns dislike horses because they’ve been domesticated by the humans and are used to pursue them. However, the racism thing actually happened when I was a little girl back in the sixties. Her name was Marie. I befriended her on the playground when I was seven. She was really nice, so I invited her home after school to play. At suppertime, after she left, I was really shamed by my family for having played with a native child, and I mean really shamed. The next day, when Marie asked me to play again, I very dutifully exclaimed, “No! I don’t play with Injuns!” Sigh. I can only begin to imagine how horrible she felt, and you know what? It’s bothered me most of my life. And when the story found itself in this book, I finally realized I had to find that girl and apologize. It took a bit of searching and help from an old classmate, but eventually I located her on FB where I wrote her a heartfelt letter telling her how dreadful I felt about it all. She never responded, but that’s okay just so long as she knows it’s been on my conscience all this time. I dedicated the book to her (and my Uncle Denis).

SRW: The human villains were a bumbling lot, sort of evil, kinda’ comic relief. A far cry from the first book’s heinous human villain. I thought it was a nice change-up. But I’m weird. Were they meant to be amusing?

SRW: Now, come on! It’s time for some decent humans. Any upcoming?

Yup—in the last of the trilogy. Her name’s Corabelle and she has a gift that causes her no end of grief. She’s an old soul and has tremendous kindness toward animals.

SRW: The big one, ready? What, exactly, is the title “deception?”

It’s that darn Icarus, but I can’t tell you what.

SRW: Where’s the series go from now? Are you picking up Ulysees’ tale in the future? Or will we see the next generation? Furthermore, where is the series heading?

The last of the series takes place during medieval times, several thousands of years into the future. It’s called The Shadow of the Unicorn: The Revenge. The main character, Damien, has a physical defect that causes the other unicorns to be relentlessly cruel to him, so much to the point that Damien turns evil. Yes, that’s right—a unicorn is the bad guy!

SRW: Oh, good. I like bad guys as the protagonist. Refreshing in their sociopathic behavior!
Aside from the unicorns, what’re you working on?

I just finished a teen novel called, A Town Bewitched. I’ve just submitted it to a Canadian publisher and am crossing my fingers. Here’s the blurb:

It's tough for Kira, growing up in the small town of Hope, B.C., as a child prodigy in classical violin, especially when her father just died. But when Kate McDonough, the red-haired fiddler, with no past, takes the town by storm with her spellbinding Celtic music, only Kira suspects it’s her vandalising Hope, leaving dead and gutted birds as a calling card.

SRW: There you have it, ladies, gentlemen and unicorns (hey, they could be reading, right? RIGHT?). Jump right out, buy Suzanne’s newest book: Shadow of the Unicorn: The Deception.

And, hey, Suzanne's decided to donate a free copy to one of you lucky readers. But you gotta' comment. People, I implore you to buy this book. 'Cause I wanna' see it made into a movie. I want to see Ben Affeck's head CGI'ed onto a unicorn's body. Please make my wish come true.
Posted by Stuart R. West at 7:31 AM 2 comments:

Well, Valentine's Day has come and gone and, as per usual, I'm a little late to the party. Anyhow, it's time to celebrate love.

And what better way than to compile a list of the world's worst (or most efficiently quick) break-up lines.

I conducted intensive research (made crap up), interviewed a broad spectrum of random people (Mr. Google), and embarked upon a Vision Quest (thought about my rather pathetic past romances).

The results may shock you. Journalism at its most intense. And, by skippy, if I don't feel like Oprah on a caffeine high.

Here we go (everyone do a drum-roll, but don't really do it out loud. You're liable to upset the dog.): 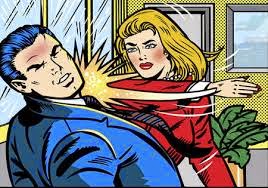 9) How many people do you have to murder before you're considered a serial killer?

8) There's nothing sexier than Hee-Haw.

7) That's what those are? Toast tweezers? I've been using them to yank out nostril hairs.

6) You resemble your mother even though she's way hotter.

5) Last night, aliens gave me the best anal-probe I've ever had.

4) Because I sorta' almost like you, I'm going to serenade you with the entire soundtrack of "Newsies." Here. Right now. In this restaurant.

2) Hey, check me out while I light this fart on fire!

And the big one:

1) Not only does it sting when I urinate, I'm hosting exciting new breeds down yonder.