This week--and just in time for Halloween--I'm turning the blog over to excellent horror author Catherine Cavendish where she'll walk you through the haunted streets of Venice, a place about as far from Kansas as you could get. Here's Cat... 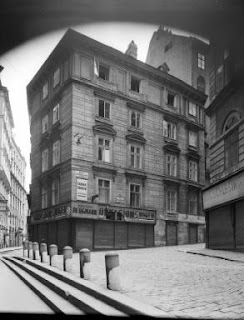 My latest novel – Wrath of the Ancients – is largely set in Vienna, Austria’s imperial capital and surely one of the most beautiful and enchanting cities in the world. Its streets teem with culture and its proud residents are almost fiercely protective of their enigmatic, sometimes quirky, and endlessly fascinating homes, where everyone from Strauss to Klimt and Freud lived and worked.

Many buildings date from hundreds of years ago and undoubtedly, a number of them guard their secrets well. Few can have such a bizarre reputation as the former looming, sinister-looking Katzensteighaus (Cat-Trail House) at the corner of Seitenstettengasse 6 and Rabensteig 3. There has been a building on that site since at least the sixteenth century and to say it nourishes a chequered past is an understatement. According to legend, a woman who had committed adultery wanted to kill the wife of her lover by poison, but accidentally took the potion herself and died in agony. 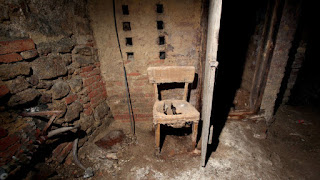 For her sins, she was cursed and condemned to prowl the night as a white cat – her territory the roofs of the houses in that neighbourhood. Anyone who caught a glimpse of her would be pursued by bad luck.

Certainly the house seems to have heaped its own share of bad luck on a succession of owners. In 1522, during the total lunar eclipse of September 6th, a fire erupted from unknown causes and the owners, Christoph and Dorothea Pempfling lost their home and all their possessions. A man called Bonifaz Wolgemut rebuilt the house but it collapsed in the earthquake of 1590.

Over the centuries, the house did, of course, change hands many times – and was rebuilt more than once - but seems to have brought grief to anyone brave or foolhardy enough to own and live in it. The present building dates from 1825 and long stood out, simply because of the grimness of its façade, in stark contrast with the buildings around it. 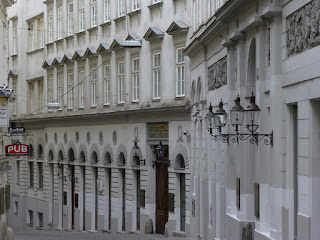 Its empty black windows, decayed and looming presence stretched high above the curious passer-by who may have felt suddenly cold, sad and despairing. Broken window panes, crumbling plaster… The Vienna Ghosthunters held vigils there. There is no conclusive evidence to support the legend of the White Cat ghost but clearly the place had been unoccupied for many years. Below street level, some of the cellars have been partially bricked up, although no one could understand why. Also, they discovered a winding vault, leading under the road, but why it as constructed no one knows.

It is now surrounded by a seething night life – the famous bars and restaurants of the Bermudadreieck (Bermuda Triangle) and with any luck, the house’s morose and gloomy past is behind it. It has been completely renovated and part of the building houses the Vienna-Wiesenthal Institute for Holocaust Studies.

It remains to be seen what new stories this extraordinary, ordinary-looking building will write in the future. 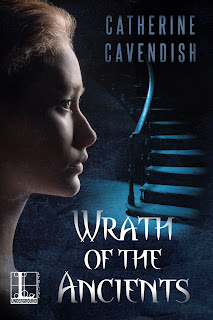 Destiny In Death
Egypt, 1908
Eminent archaeologist Dr. Emeryk Quintillus has unearthed the burial chamber of Cleopatra. But this tomb raider’s obsession with the Queen of the Nile has nothing to do with preserving history. Stealing sacred and priceless relics, he murders his expedition crew, and flees—escaping the quake that swallows the site beneath the desert sands . . .
Vienna, 1913
Young widow Adeline Ogilvy has accepted employment at the mansion of Dr. Quintillus, transcribing the late professor’s memoirs. Within the pages of his journals, she discovers the ravings of a madman convinced he possessed the ability to reincarnate Cleopatra. Within the walls of his home, she is assailed by unexplained phenomena: strange sounds, shadowy figures, and apparitions of hieroglyphics.
Something pursued Dr. Quintillus from Egypt. Something dark, something hungry. Something tied to the fate and future of Adeline Ogilvy . . .
Wrath Of The Ancients
Available from:
Amazon
Nook
iApple
Google
Kobo
About the Author: 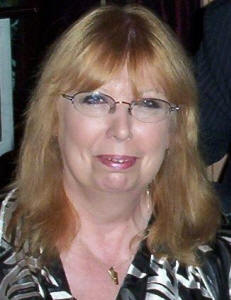 Following a varied career in sales, advertising and career guidance, Catherine Cavendish is now the full-time author of a number of paranormal, ghostly and Gothic horror novels, novellas and short stories. She was the joint winner of the Samhain Gothic Horror Anthology Competition, with Linden Manor. Cat’s novels include the Nemesis of the Gods trilogy - Wrath of the Ancients, Waking the Ancients and Damned by the Ancients, plus The Devil’s Serenade, The Pendle Curse, Saving Grace Devine and many more. She lives with her long-suffering husband, and a black cat who has never forgotten that her species used to be worshiped in ancient Egypt. She sees no reason why that practice should not continue. Cat and her family divide their time between Liverpool and a 260-year-old haunted apartment in North Wales.